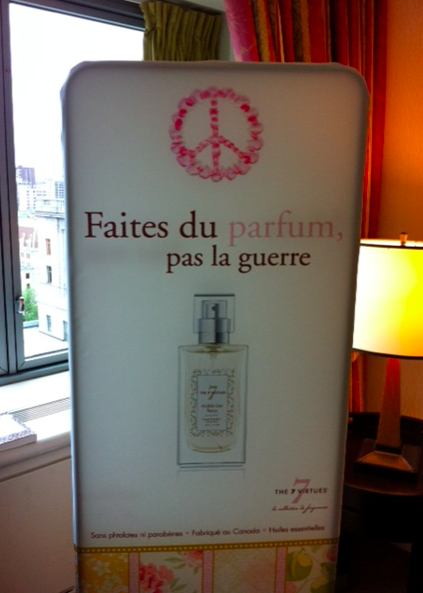 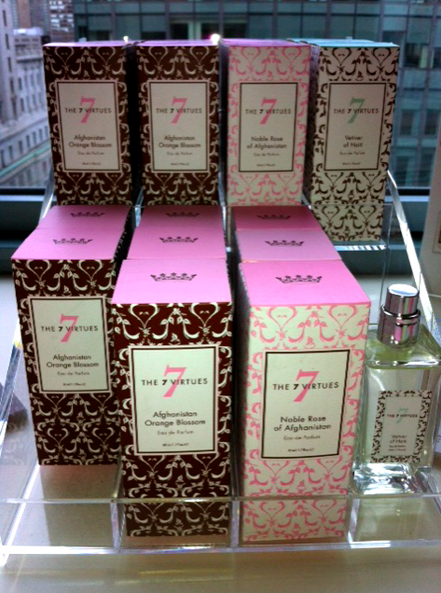 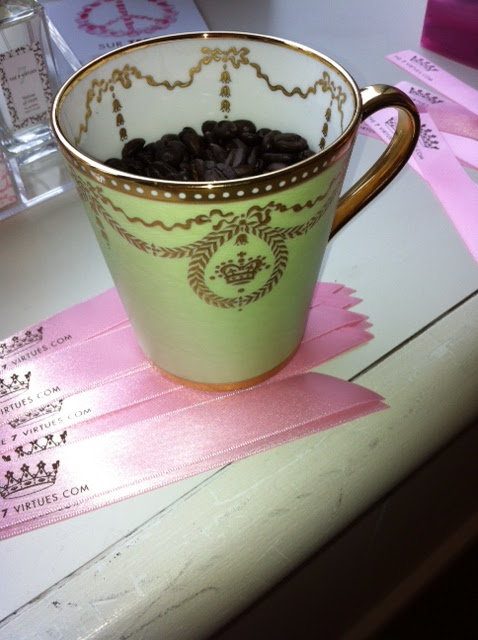 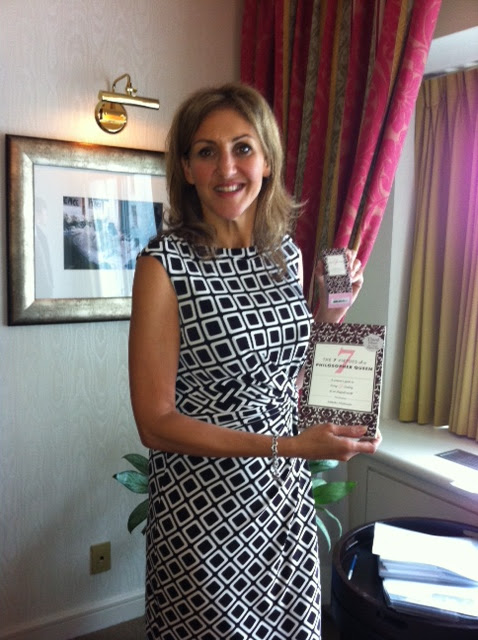 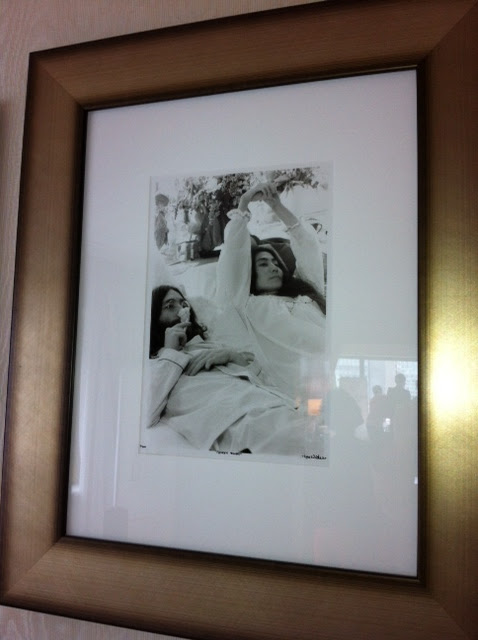 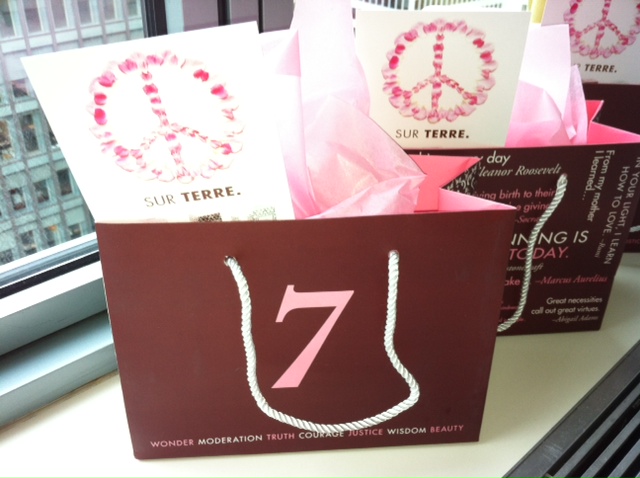 I was invited to a very special event this week: to sample the upcoming fragrance from The 7 Virtues: The Middle East Peace Eau De Parfum. I was intrigued by the company founder, Barbara Stegemann, who appeared on CBC's Dragon Den and obtained financing as a result.

I was also interested in taking a peek at the Yoko Ono & John Lennon Suite at the Queen Elizabeth Hotel. What I wasn't expecting however was to be bowled over by the company's inspiring message, and Barb's impressive story and contagious energy.

The perfume is a mix of sweet grapefruit from Israël and lime and basil from Iran, fair trade ingredients made to encourage world peace. It will be officially launched next September. This isn't her first fragrance: The Noble Rose of Afghanistan, Afghanistan Orange Blossom as well as the Vetiver of Haiti are available at The Bay.

"Beyond economic freedom, the legal crops give farmers their dignity." She says, about sourcing from these countries. She plans to launch in other countries and is currently in discussions to bring her gorgeous scents and inspiring message internationally.

I encourage you to give these scents a try. They are free from parabens and phthalates and made with natural essential oils. In doing so, you'll also be giving peace a chance.

Posted by Isabelle Lafleche at 8:11 AM

I would love to smell the perfumes :) looks like you had a great time!

Isabelle Lafleche
Montreal, Canada
I am a writer and a passionate follower of everything chic and this blog is about my favorite things, including writing, books, fashion and design. My first novel, J'Adore New York, is published by Harper Collins. For more details, please visit: http://isabellelafleche.com

Browse Inside my Book! 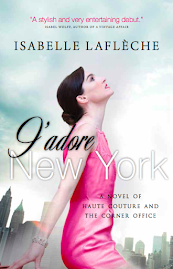 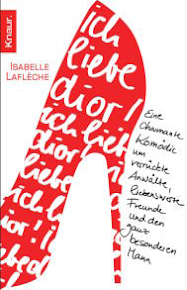 My Novel in German 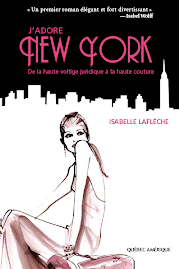 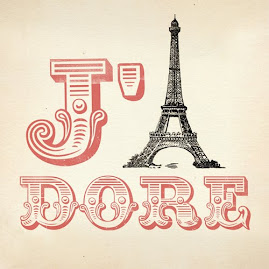 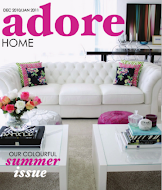